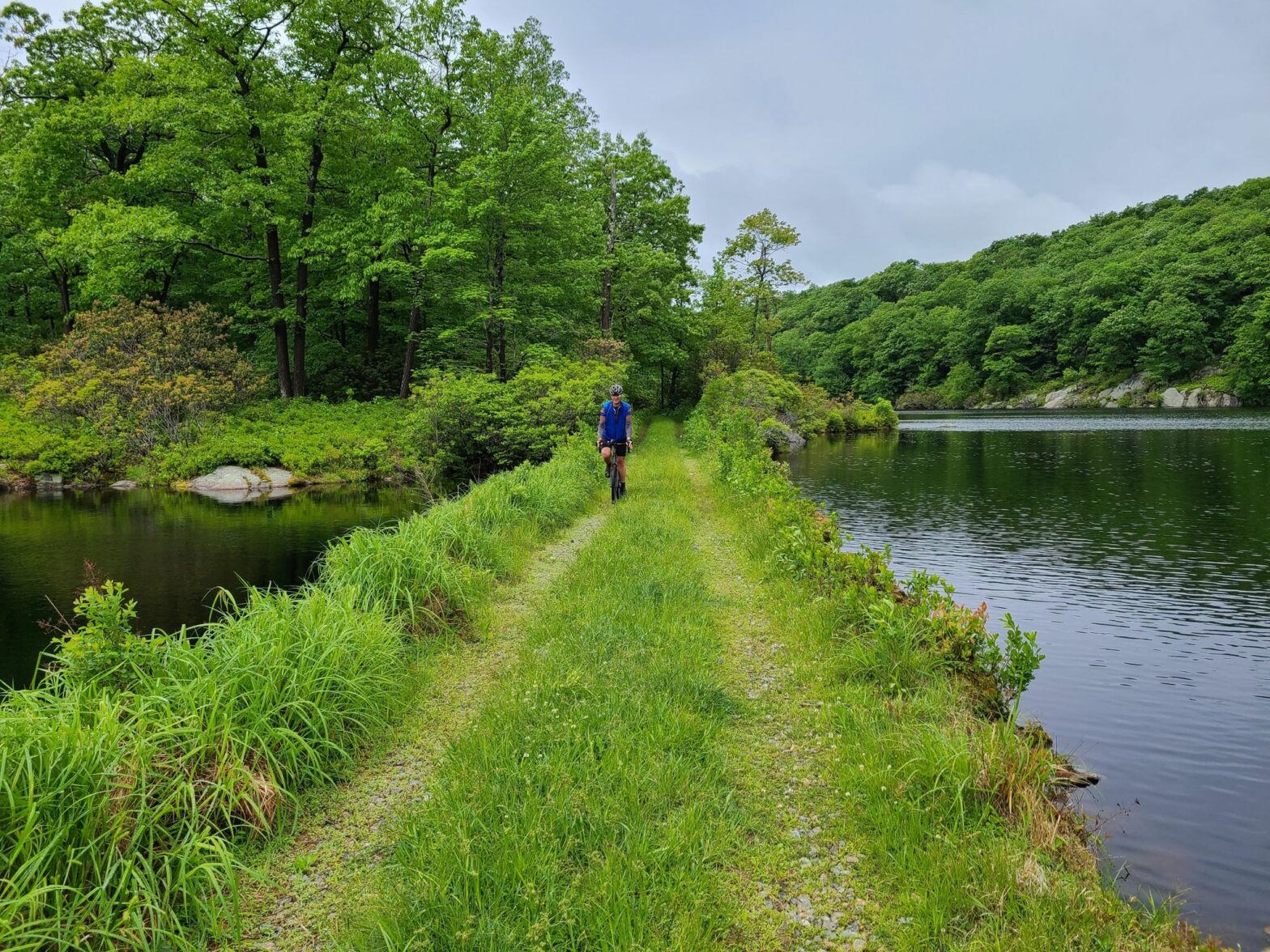 This was a really spectacular Memorial Day ride. It was much needed after a Saturday and Sunday of non-stop rain and cold wind. High temperature was a cool 68F, which is perfect weather for climbing. And we did plenty of climbing! Anywhere from 6400′ (Strava) to 7000′ (bike computer with altimeter) of elevation gain over ~64 miles.

While steep, the gravel roads on the east side of the Hudson were peaceful and often surrounded by forests and streams. But the star of the show was the Black Rock Forest. The trails were perfect for a gravel bike and the journey was rewarded by views of lakes, ponds, and reservoirs at every turn. It was as spectacular as a I remembered it. We continued onto the Storm King Highway and enjoyed stunning views over the Hudson River. We then returned over the Bear Mountain Bridge to finish the rest of the gravel roads on the other side of the river.

I’ve included some photos from the ride and the route links from Ride with GPS. The first route is 64 miles/6400′. The second “bailout” route takes a direct path back to Garrison, which cuts the ride down to 50 miles/4500′. I’ve also included a “mini” route that focuses on Black Rock Forest and the Storm King Highway (28 miles, 2500′), but requires driving to the start location.

NOTE: We were unable to go through West Point, so were forced onto some truly heinous roads for bicycling (the short bit on 9W). USE EXTREME CAUTION IF YOU DO THIS ROUTE! You will also need to traverse some *very busy* roads to cross the Hudson River (in both directions), but you will be rewarded with beautiful views from the Bear Mountain Bridge each time.